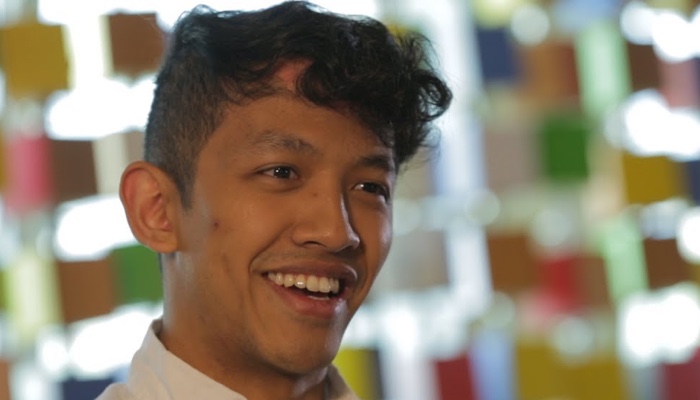 Randy: In your 2016 post, “The Making of IBM Design Thinking” {which I love by the way}, you wrote about how IBM set out to create a sustainable culture of design thinking at a scale never before attempted. So how’s it going and what’s happened since then?

Mirko: First off, the work of shaping a culture is a continuous act, but the public release of IBM Design Thinking definitely generated a lot of demand within the business. Probably The biggest breakthrough we had was a massive expansion in our scope. Although IBM Design Thinking *started* in the software product world, it's become increasingly important to the way our sales and services teams solve complex client problems.

Just to give you a sense of scale, we have tens of thousands of people in the software product part of the business. We have hundreds of thousands in services and sales.

Shortly after the public release, I had the opportunity to design our company-wide adoption strategy. The first thing we did was to reach out to teams in every corner of the company to learn about the massive diversity of ways they did business.

That alone was an incredible learning experience. We also while there was a ton of excitement for design thinking everywhere we went, most folks didn't have opportunities to try it and learn. Our challenge went from defining IBM Design Thinking, to giving people a path to learn and adopt it.

The first action we took was to create a formal badging and certification program for design thinking. It helps track the adoption of IBM Design Thinking, but it also gives IBMers something to aspire to. For example, the criteria for the highest level badge includes the ability to show concrete evidence that you've transformed the way your team works.

And second, our team has spent the last eight months defining, designing, and delivering this learning path for anyone at IBMers. It's a multichannel, and most importantly, contextually relevant learning experience. It includes online learning modules taught by design thinking leaders across the business; in-person local meetups which we call "Chapters"; and a leadership community that basically make my old job obsolete. So far, this system has helped about 80,000 IBMers achieve their first badge. That's something we're all super proud of.

Randy: The term design thinking has become very popular jargon in the general corporate lexicon over the last couple of years, and from what I can tell it means a little something different to everyone. Can you tell us what design thinking is at IBM and why you chose the loop as its symbol?

Now, why the Loop? First, the typical quasi-linear d.School hexagonal models, or maybe the "double diamond" approach: those served us well in an era of industrial manufacturing, hierarchical organizations, strict governance checkpoints. It's crazy to think that there was one a time where the latency between a design decision and a user outcome was measured in months.

Today, a high-performing team can deliver market-differentiating changes to a solution within a 2-week sprint. And with the advent of A/B testing, feature-flagging, in-market prototypes, we can experiment and learn in entirely new ways. As the latency between design decision and user outcomes is approaching zero, we have to rethink our process for shaping change in the world –– in other words, to rethink how design thinking should work.

The second thing we had to consider is that we're not selling one-off hard goods. We're building long-term relationships with our clients that can last decades. And we're often solving for some of the same needs –– just constantly reinventing the way we solve then. So to us, design thinking isn't a one-and-done process. It's how we as IBM engage in a conversation with our users and clients –– continuously, every single day.

Lastly, the Loop helps anyone tell the whole story of design and design thinking with a dead-simple visual: observe, reflect, make, and repeat. We identified early on that this massive transformation needed a flag that would embody our story. As a symbol, I think it's really helped drive the idea of continuity and restless reinvention into our culture.

First, build a sense of urgency. Not everyone's ready to listen, but if your organization doesn't value user experience today, they had better figure that out quickly. I'm currently working on a project that I hope will firmly plant this mindset into people's minds. It comes down to this: more customers will pay more money to have better experiences than worse ones. If your competitors have a better experience than you, they'll take your customers.

Second, find those allies that can champion your cause. At IBM, we were lucky to have had the support of our senior leaders from the start. They've cleared roadblocks, anticipated landmines, and sponsored project that helped us generate quick wins.

Third, paint a vision for what a beautiful future might look like –– if only everyone thought differently! What does a culture of design thinking even look like? What outcomes does it enable?

Which leads me to a pro-tip from IBM Design: form a hypothesis and start measuring your outcomes early. Measuring the outcomes of design and design thinking is something we probably caught on to a little late. We've since adopted user-driven metrics like Net Promoter Score to gauge the quality of our experience outcomes, but if we had started sooner, we suspect it would have helped us communicate our case to the business with a lot less friction.

Randy: Hindsight is definitely 20/20. Knowing what you know now, can you tell us what has been the biggest challenge IBM has faced in trying to build a culture of design thinking across such a large, diverse organization?

Mirko: It's less of a problem today than it was in the past, but I still occasionally hear business leaders say "yeah, I want design thinking, bring us design thinking," but they don't realize how substantial that transformation is. You want your teams to observe, reflect AND make? Then pony up for a recruiting service so you can talk to real users. You want innovative user outcomes delivered faster? Don't micromanage your team –– empower them to make decisions without you.

That's the reason why great design thinking workshops feel so transformative: for a brief moment, we've painted a little picture of how an alternate organization might function. The trick is to figure out how to do that every day. Folks who have historically been in the leadership chair are now being asked to listen and learn from the people who happen to work for them. That requires a lot of trust, inclusion, humility, and all these other things people in power don't always remember to exercise.

Randy: I think it’s safe to say that relentless reinvention is a fundamental premise of IBM design thinking. So with that in mind, how has the design thinking approach at IBM changed over the years in order to reinvent itself?

Mirko: Earlier, I did mentioned this industrial manufacturing-era mindset around design thinking. Guess what: when we first started IBM Design, we started there too. If you image search IBM Design Thinking, you'll see the Loop, but you might still see a couple artifacts of a different age.

Using that framework had interesting repercussions. For example, in this "design needs time upfront" mindset, if designers entered a project that was already in flight, their immediate instinct would be to want to "hit the reset button" and "go back to the research phase."

Are there things we miss? Maybe. Having a definitive beginning and end point also caused people to throw "release parties" a lot.

So yeah, you're spot on: the framework will evolve continuously as we learn. Even today, we're working on introducing additional concept that help teams better deliver end-to-end experiences.

Randy: In researching for this discussion I came across a 2016 article in Fast Company that talked about the weekly internal radio show you were hosting at IBM. Can you tell us more about the intent of the show and maybe a story of a topic that came up and how it changed things for the better? Has there been any thought around expanding it out as a podcast to the non-IBM world?

Mirko: Public Services was a really fun show. The intent was to address the kind of questions designers and technologists wish they had the time to explore, but never had the time. Things like, "is the human experience our penultimate measure of success, or are people just participants in an ecosystem?" "What's a cryptocurrency and how do I make my own coin?"

I remember this one particular show where we hosted on on-air visual design critique –– without the visuals, of course, it's Radio. A designer was explaining a dilemma she faced. She'd tested several different color palette variations for different data visualization, one of which showed the gender of retail customers who had purchased a particular item. She determined that the combination of blue and pink increased readability, but that she also had serious qualms around perpetuating this "blue-equals-masculine, pink-equals-feminine" stereotypes. It led us to a fascinating discussion about visual sociology and the role designers play in perpetuating these models.

I'm sorry to say that I've since quit my Public Services talk show, because other people are far better radio personalities than I, and because the airwaves on IBM Radio are getting a little clogged. I now spend more time helping to steward the broader radio community.

We've always said that IBM Radio is for IBM, by IBM, but that hasn't kept some people from turning their content into successful podcasts outside the IBM network. Toolsday.io is a great example –– a show born on IBM Radio but available to the public. 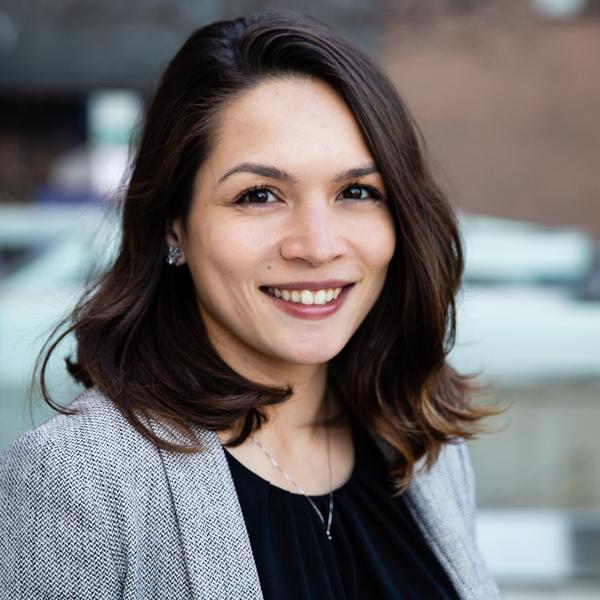 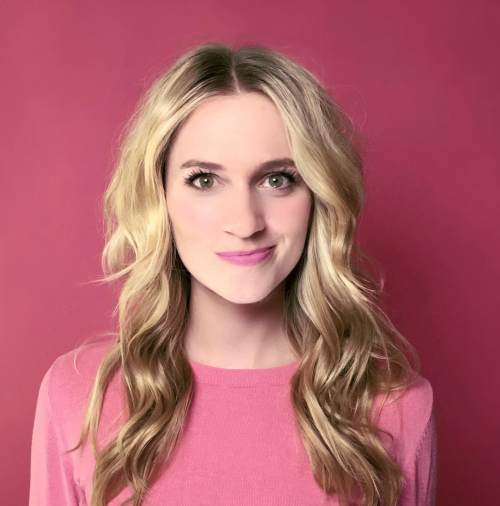 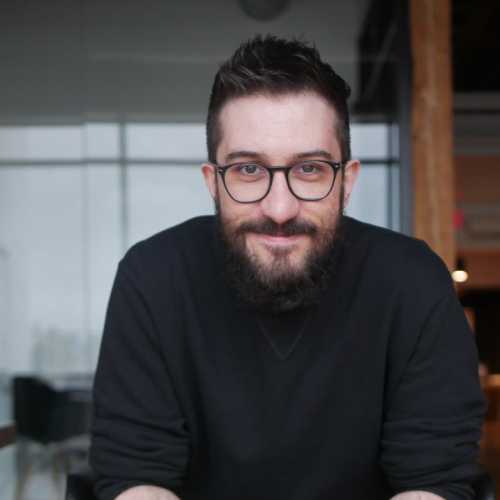 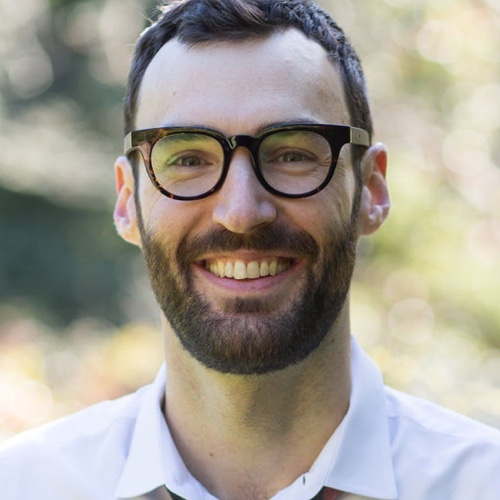 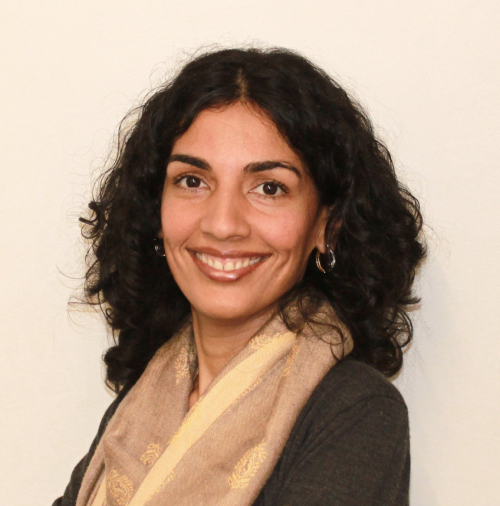 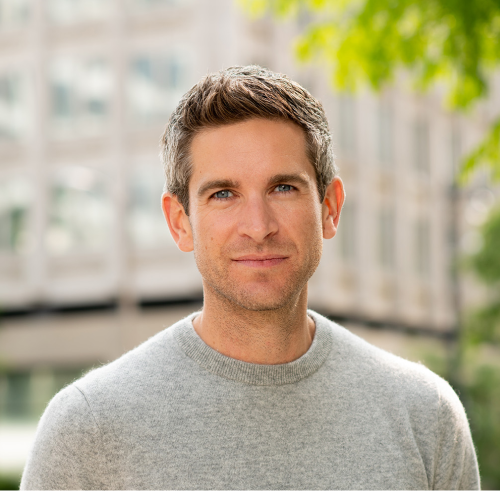 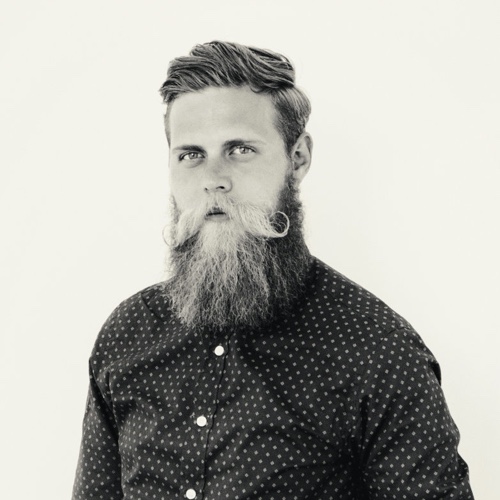 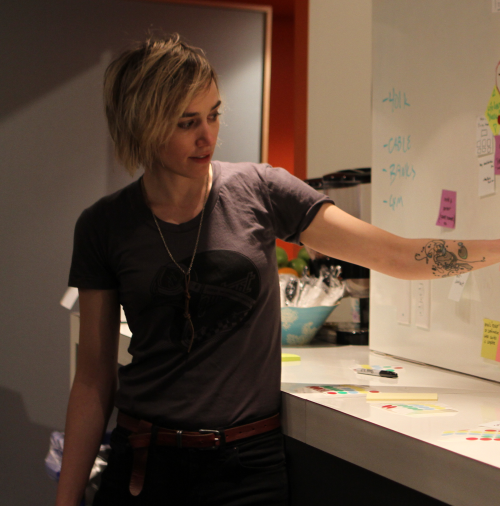 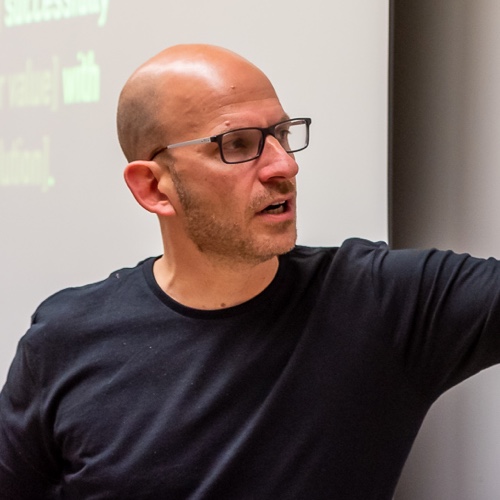 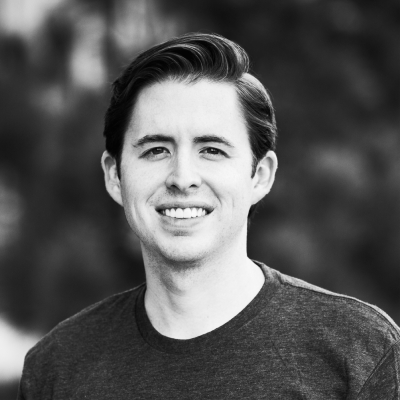 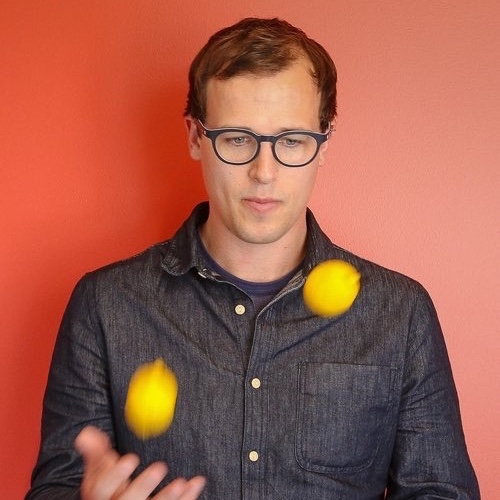 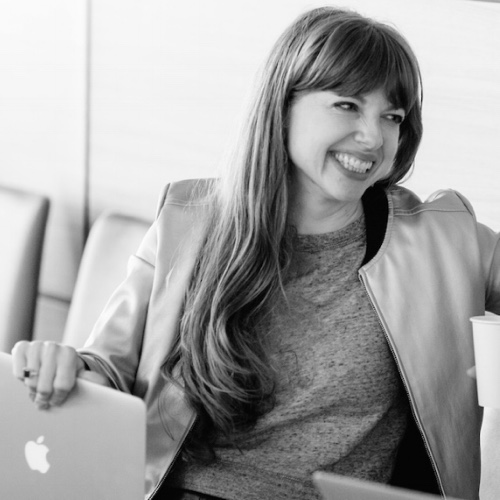 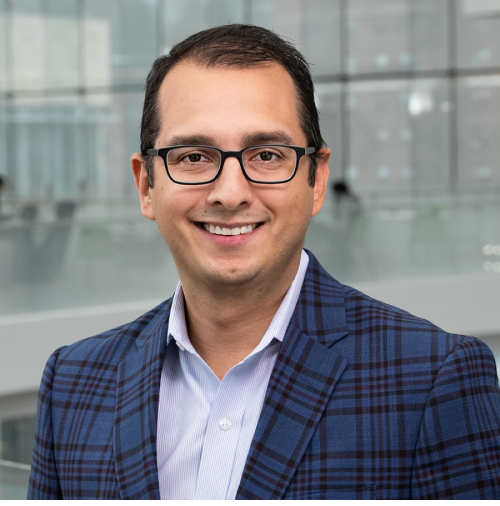 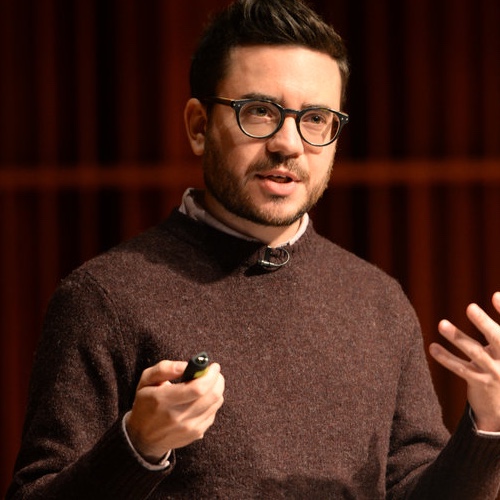 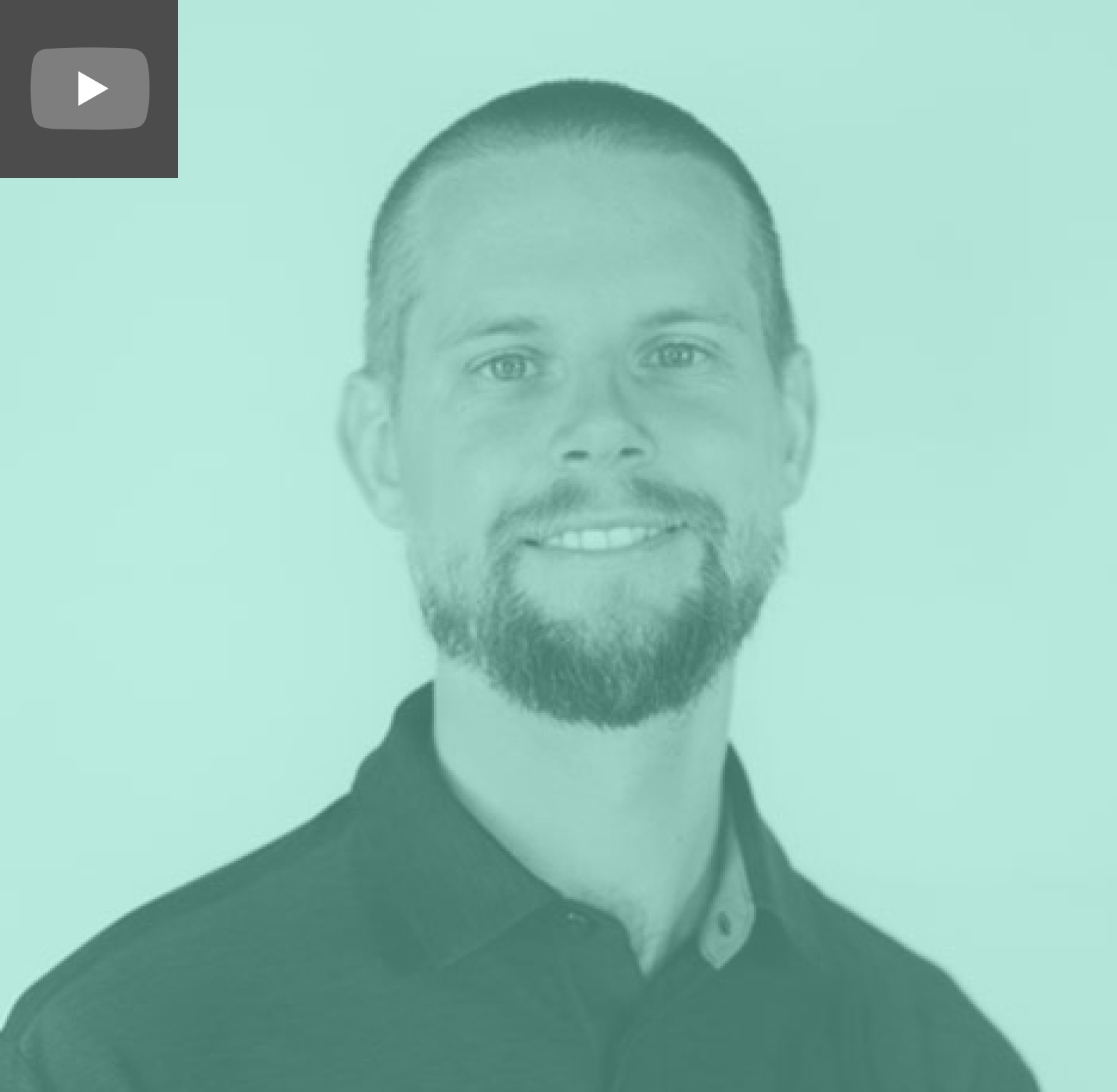 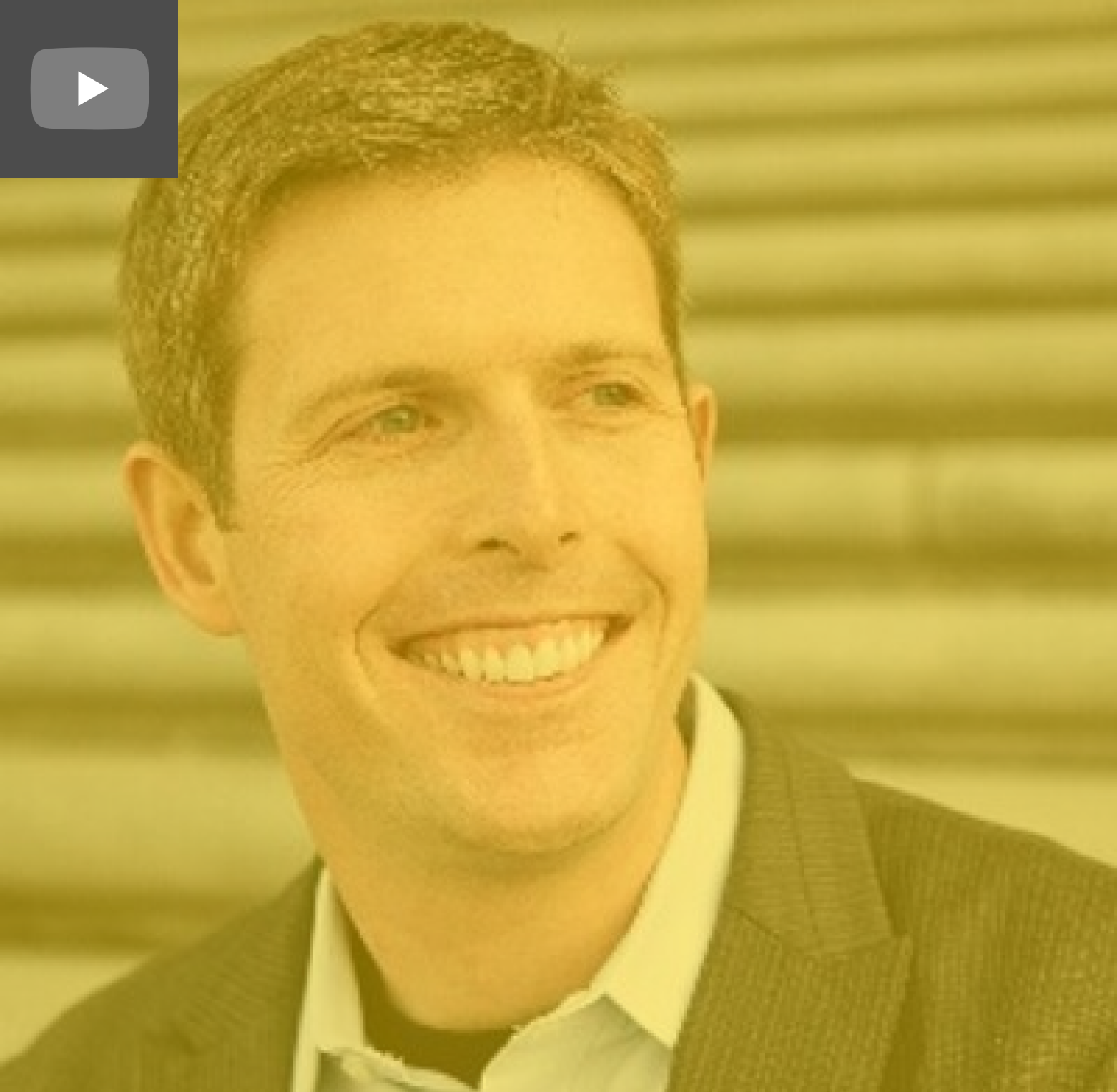 Michael ManrossWhy other initiatives get prioritized over CX 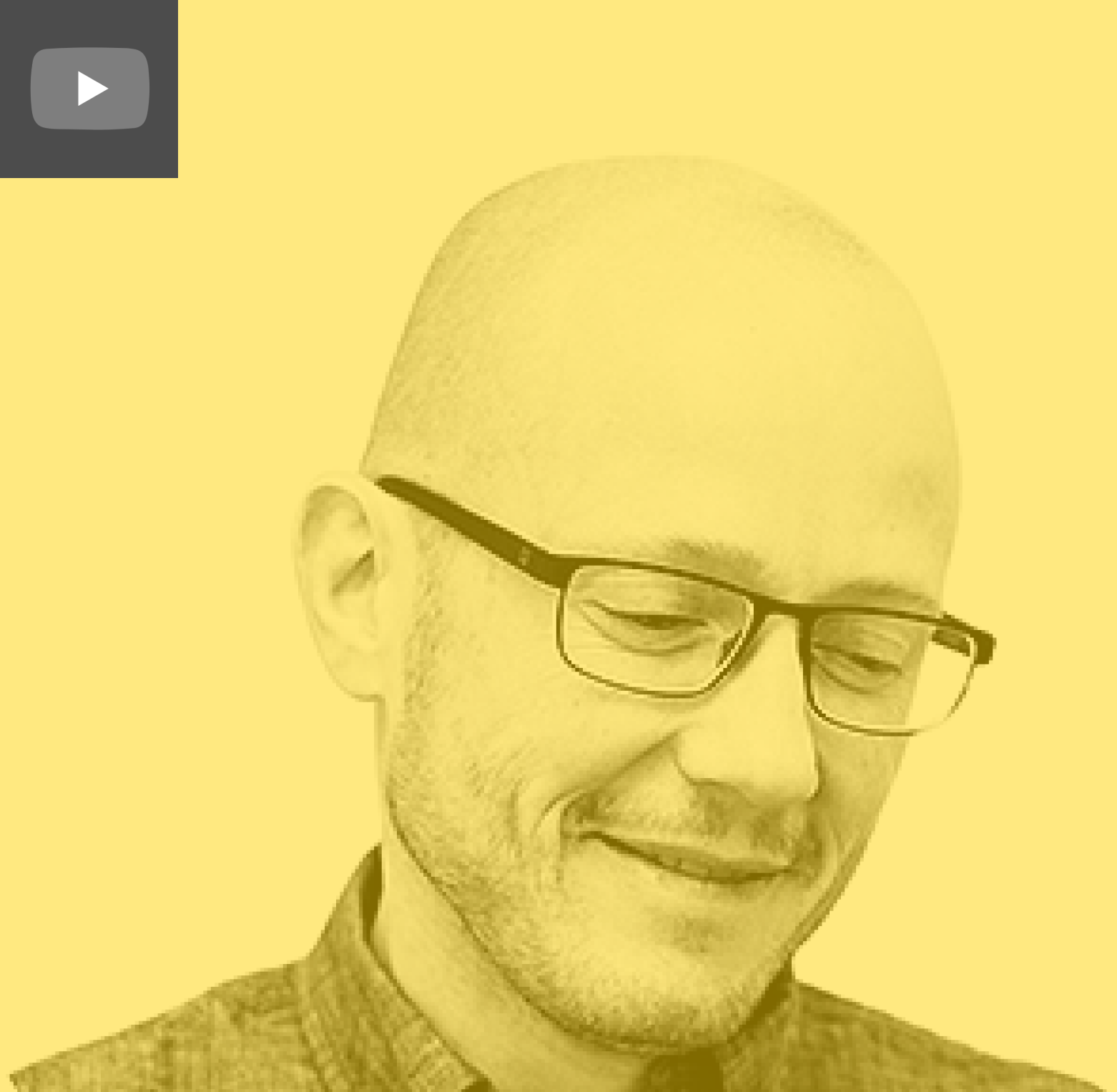 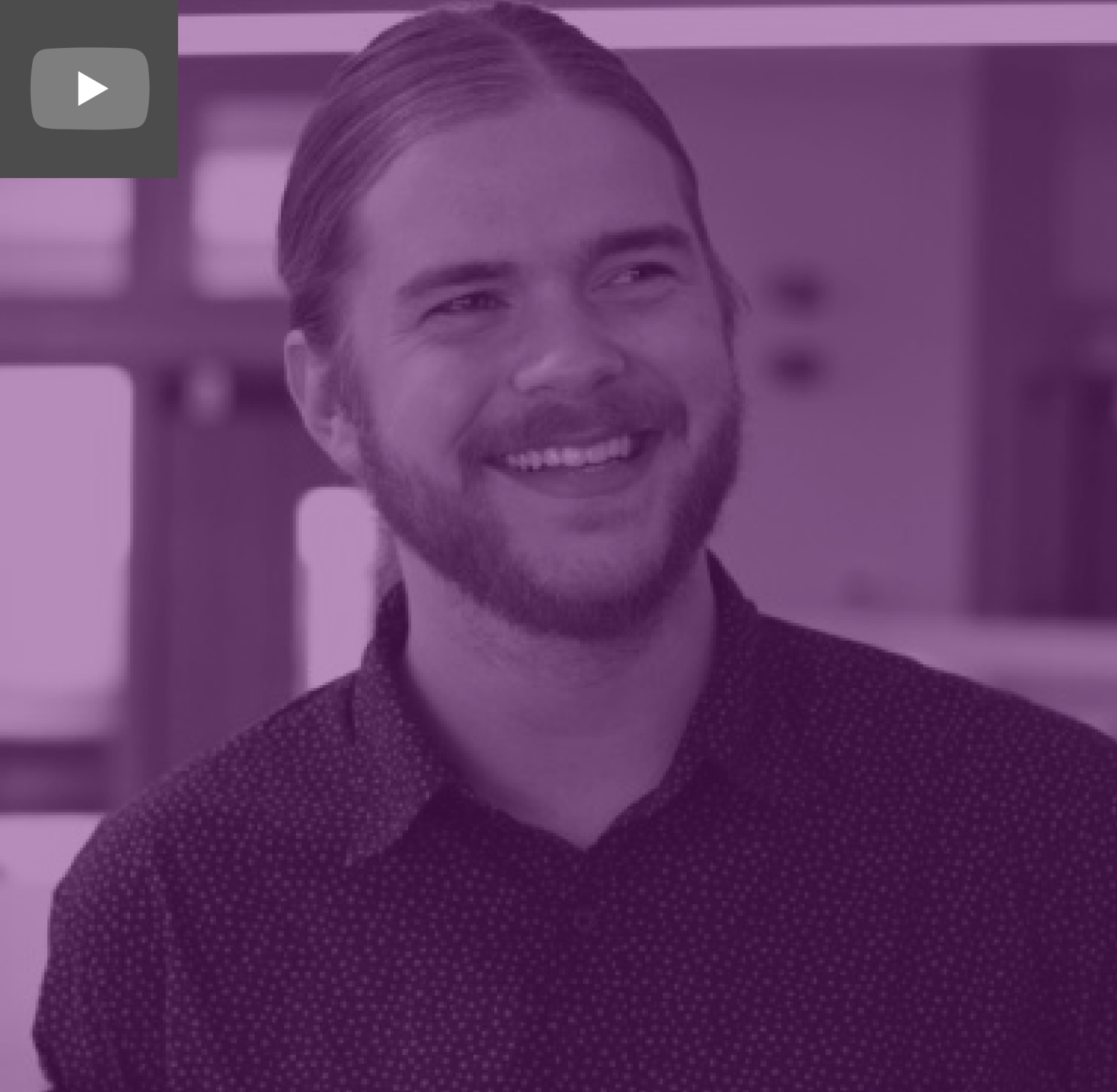 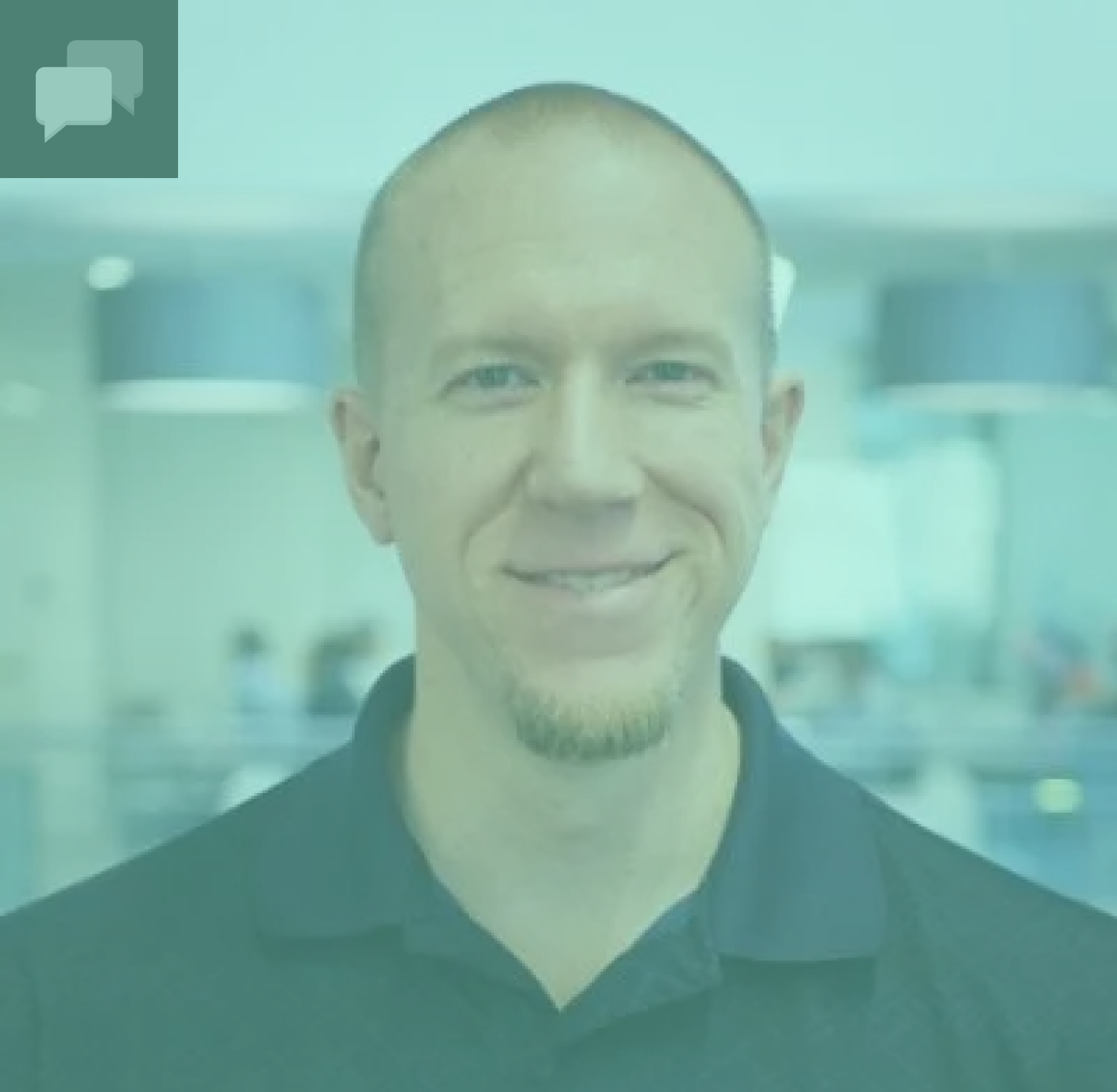 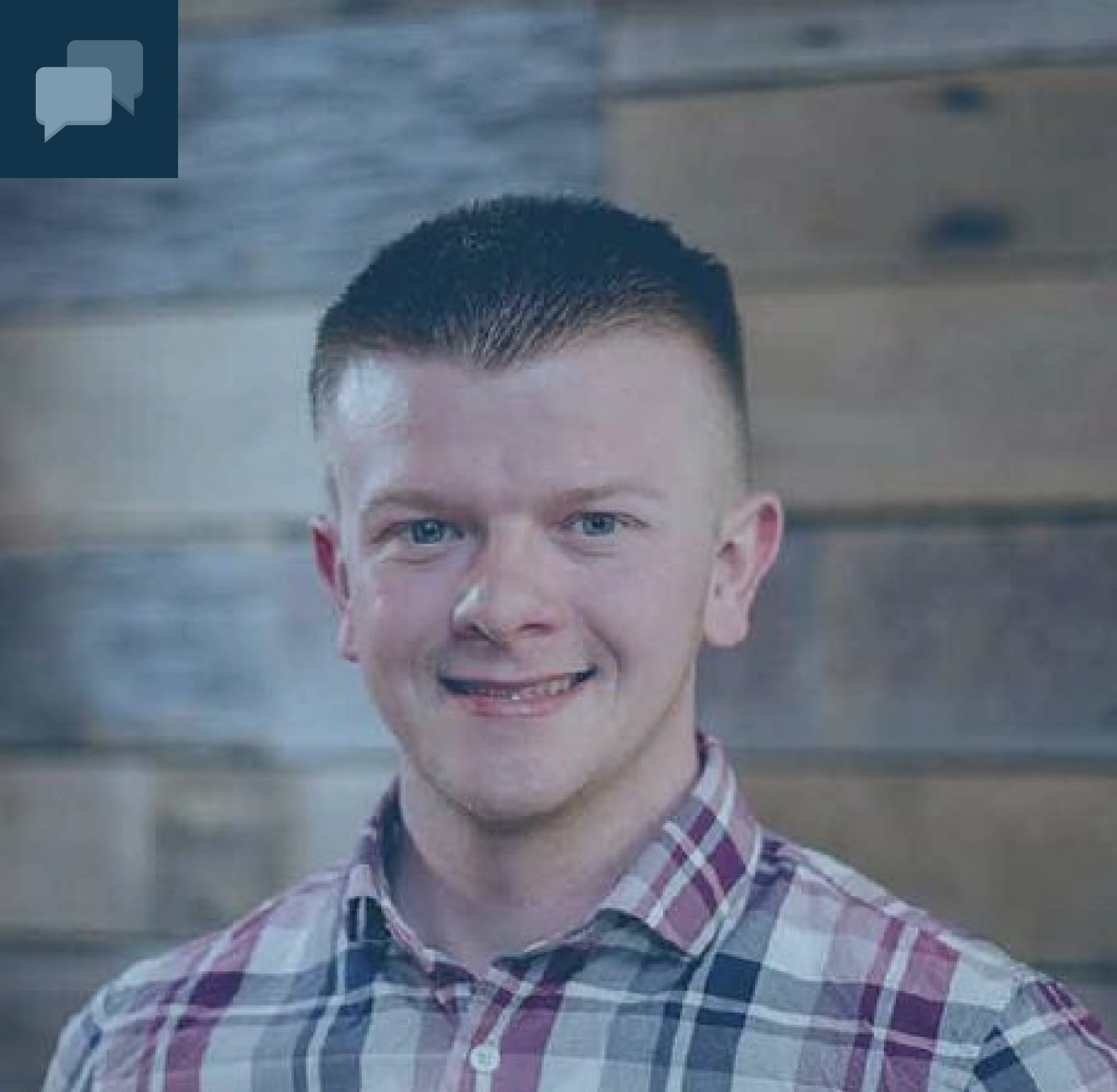 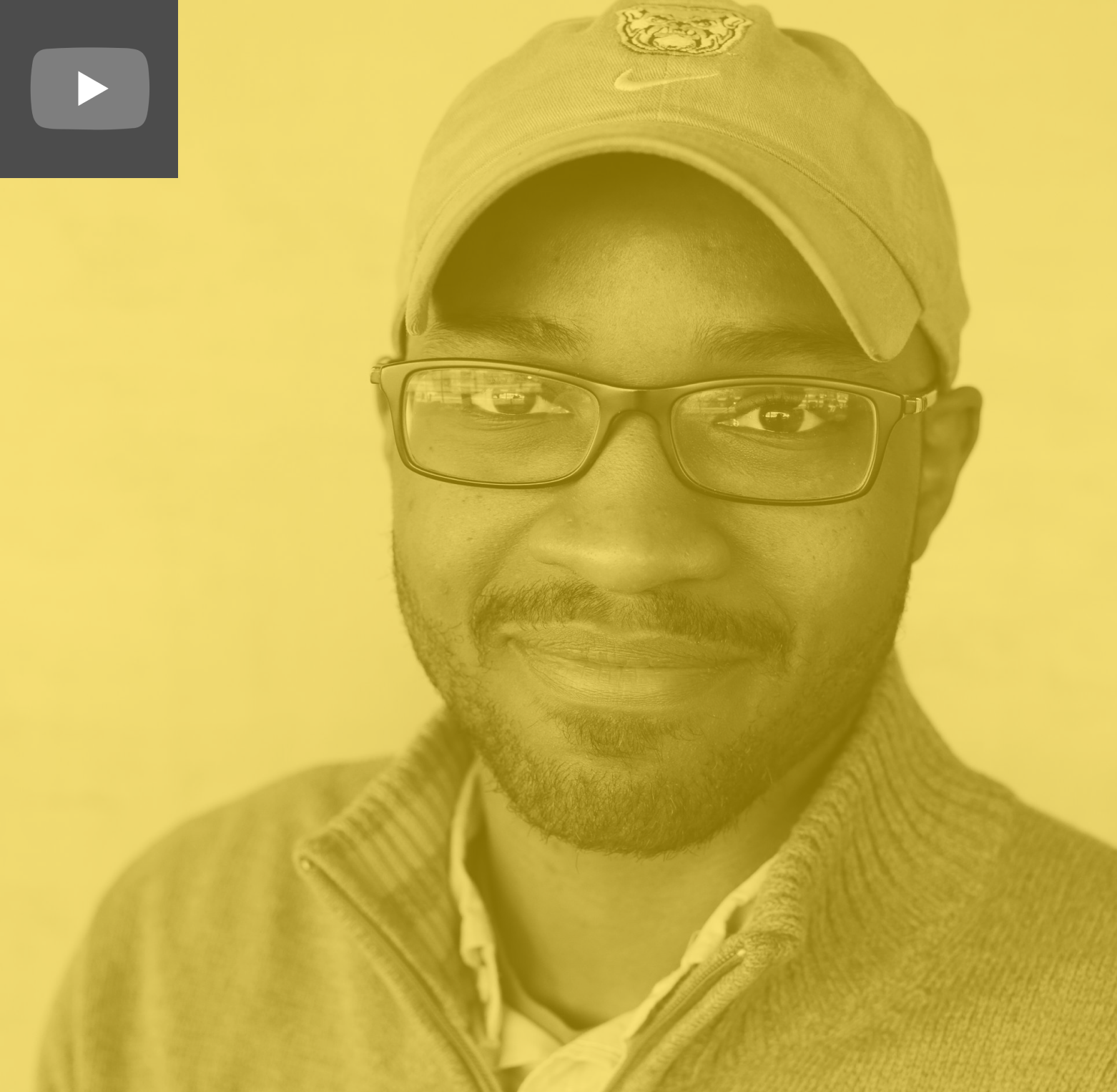 Kenn Pascasio Having a shared understanding of the user 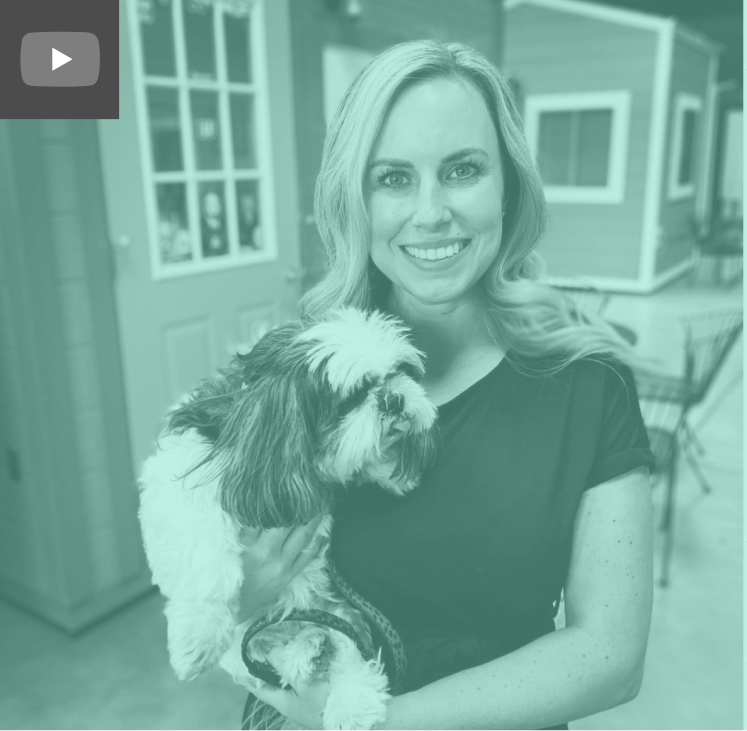 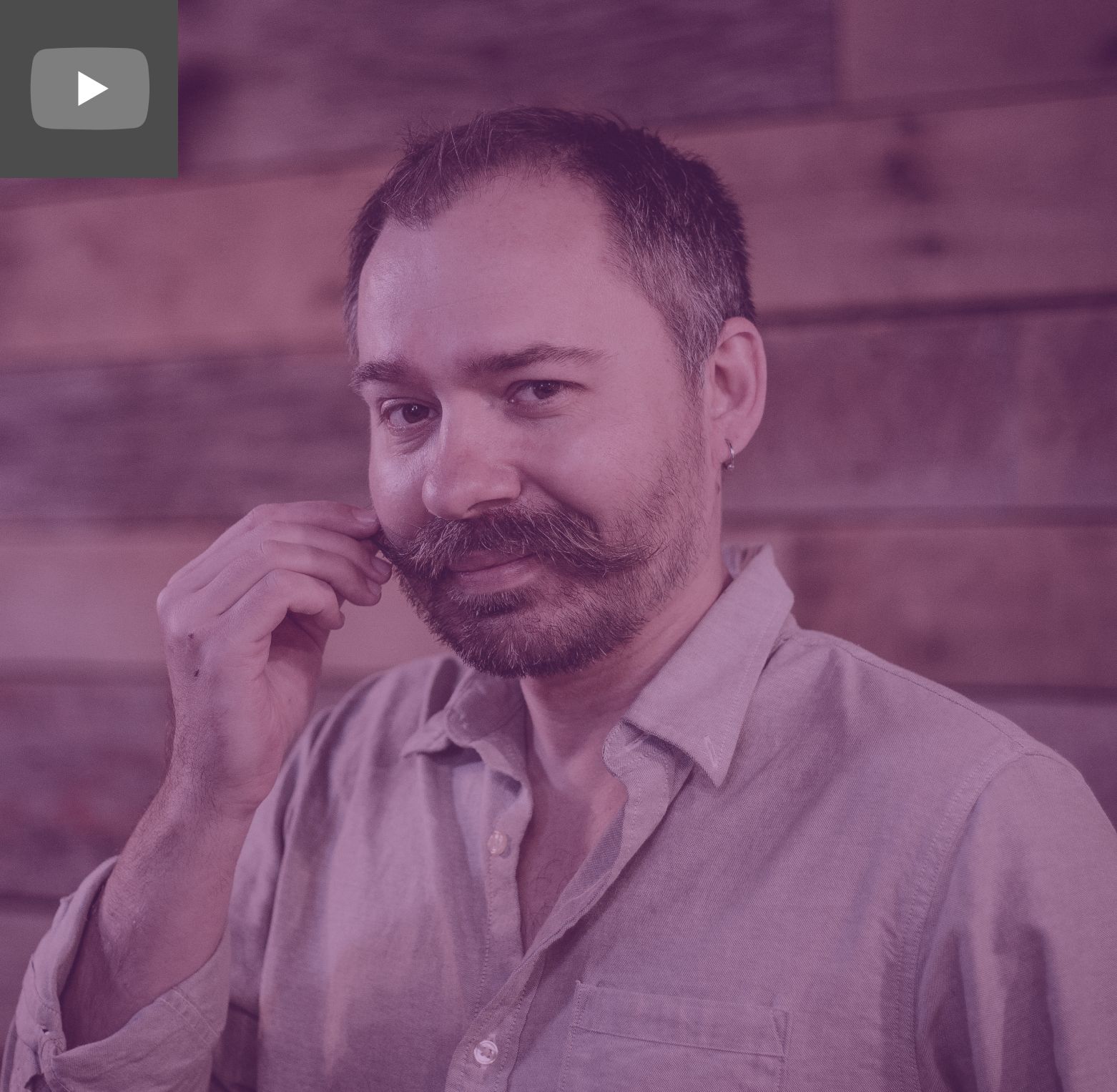 Adam YaleThe outlook for product design in a remote world